The first birthday
of Norblin Factory 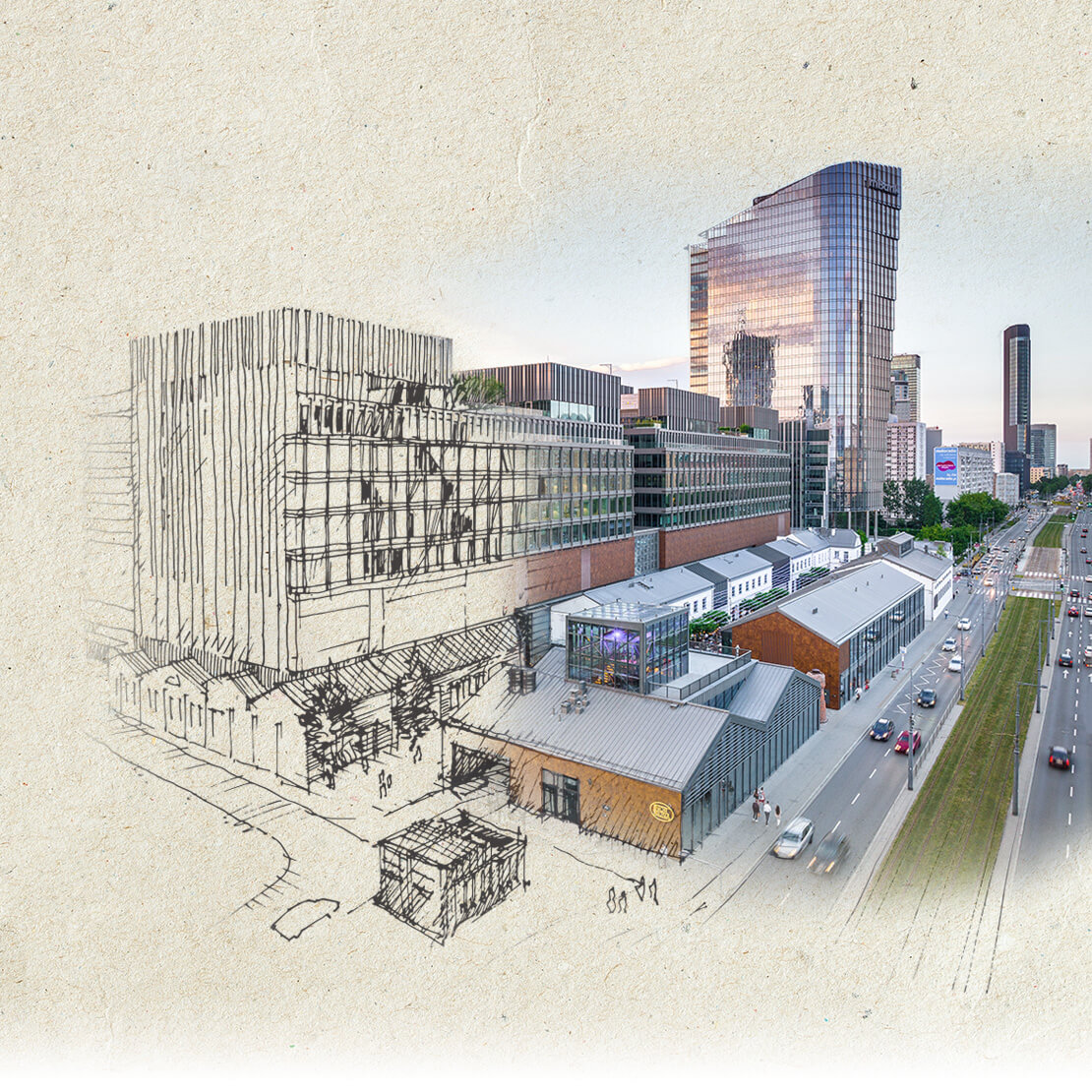 The first birthday
of Norblin Factory

A year has already passed since the opening of the multifunctional complex in Warsaw’s Wola district. On the occasion of the Norblin Factory’s first birthday, we invite you to celebrate together! The programme includes animations for children from Smart Kids Planet, a visit to the Norblin Factory Museum, a family city game, modern circus shows, concerts, as well as promotions and gifts from tenants. All birthday attractions are free of charge. The celebration starts already on 24 September and will last for four consecutive Saturdays until 15 October.

Our tenants have prepared exceptional promotions! Visit the Norblin Factory and check out the unique birthday offer.
On all birthday Saturdays in the PLATER building.

Our tenants have prepared exceptional promotions! Visit the Norblin Factory and check out the unique birthday offer.

On all birthday Saturdays in the PLATER building.

Art Box Experience will be giving away free tickets to the premiere exhibition ‘Save The Planet – Let’s Save the Planet’ as well as its accompanying events.

BioBazar will be serving participants
organic apples
every birthday Saturday

Dr Irena Eris Cosmetic Institute invites you to the beauty zone on the 1st floor of the Plater building. Experts await customers who will provide cosmetic consultations.

Kinogram will add free popcorn to every screening ticket from Monday to Thursday (26.09 to 13.10)
add popcorn free of charge

Medicover Stomatologia will present an exhibition of prosthetic images, on selected days
(01.10. and 08.10. – free 3d scan
and discussion of the state of the oral cavity)

Dary Natury Herbal Pump Room invites you for cakes
at the price of PLN 10 with the password
“Norblin Factory Birthday”.

Smart Kids Planet will keep the little ones entertained every Saturday from 12:00 to 14:00 (Plater building, level -1)

Super Pharm is offering a £15 discount when you register on the app with purchases of min. PLN 100, and additionally offers special promotions on selected fragrances on Birthday Saturdays, as well as dermoconsultations with freebies

Uwaga Piwo will be serving two birthday beers for the price of one from Sunday to Thursday,
from 18:00 to 20:00

Every birthday Saturday at the Plater Building

Every
birthday Saturday
at the Plater Building 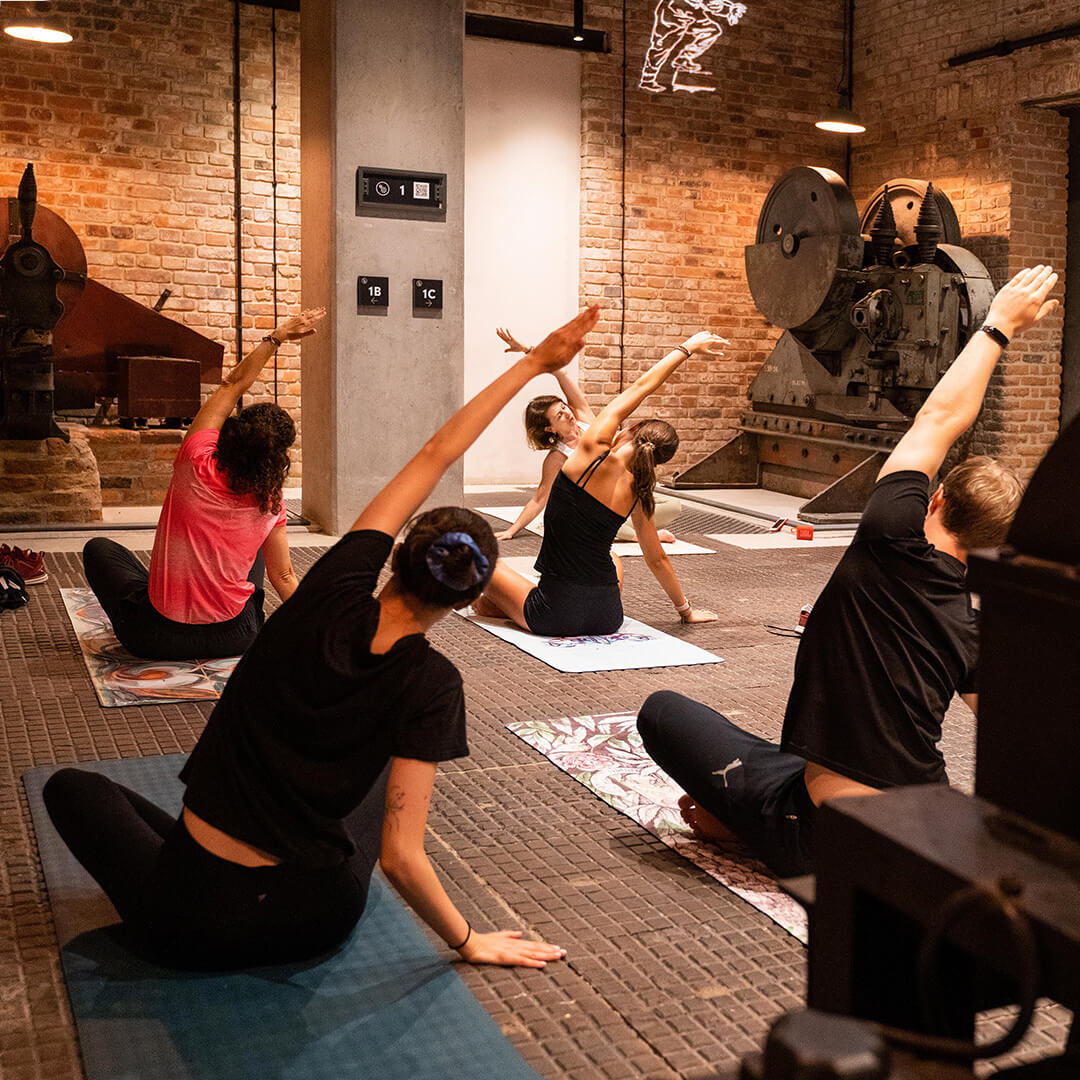 To get in shape for the celebration, the Norblin Factory is offering yoga to get you going. At 10 a.m. in the beautiful historic interiors of the former Namiarownia in the Plater building, the Vinyasa Slow practice is led by Dorota Ejsmont. The class is open. You are encouraged to bring your own mat. 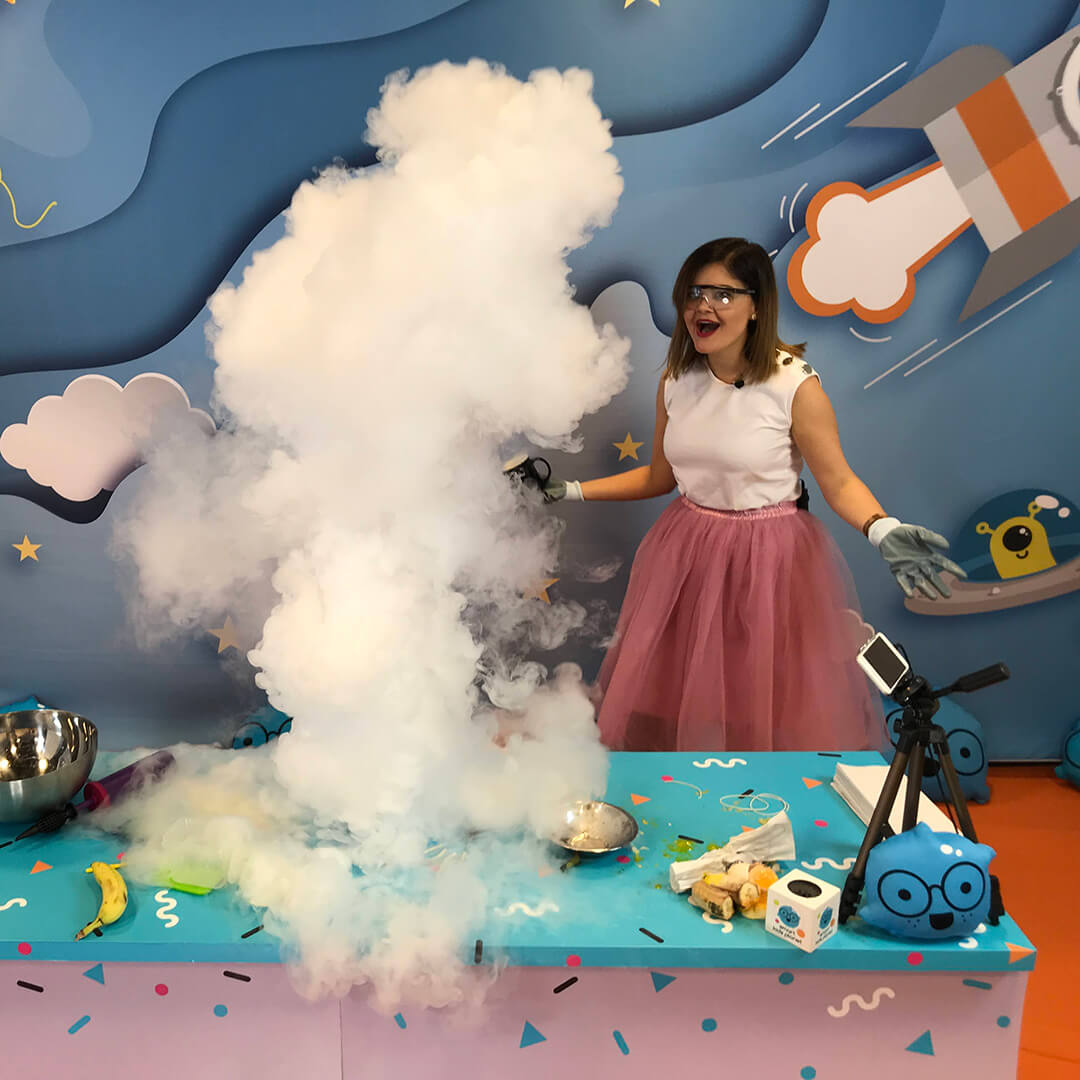 Attractions for the youngest visitors to the Norblin Factory on four consecutive Saturdays are being prepared by Smart Kids Planet, which will soon open in our complex. In the Plater building on level -1, in front of the target premises of the smart entertainment centre, animators will be waiting for children with engaging games, during which they will be able to let their imagination run wild and prepare their own slime, eco-bags, sparkling bath balls, as well as take part in sports and dance games and activities. Those wishing to do so can turn themselves into a princess, a pirate or their favourite animal with just a few brush strokes. At 1pm, there will be an explosive science show. Boredom is out of the question! 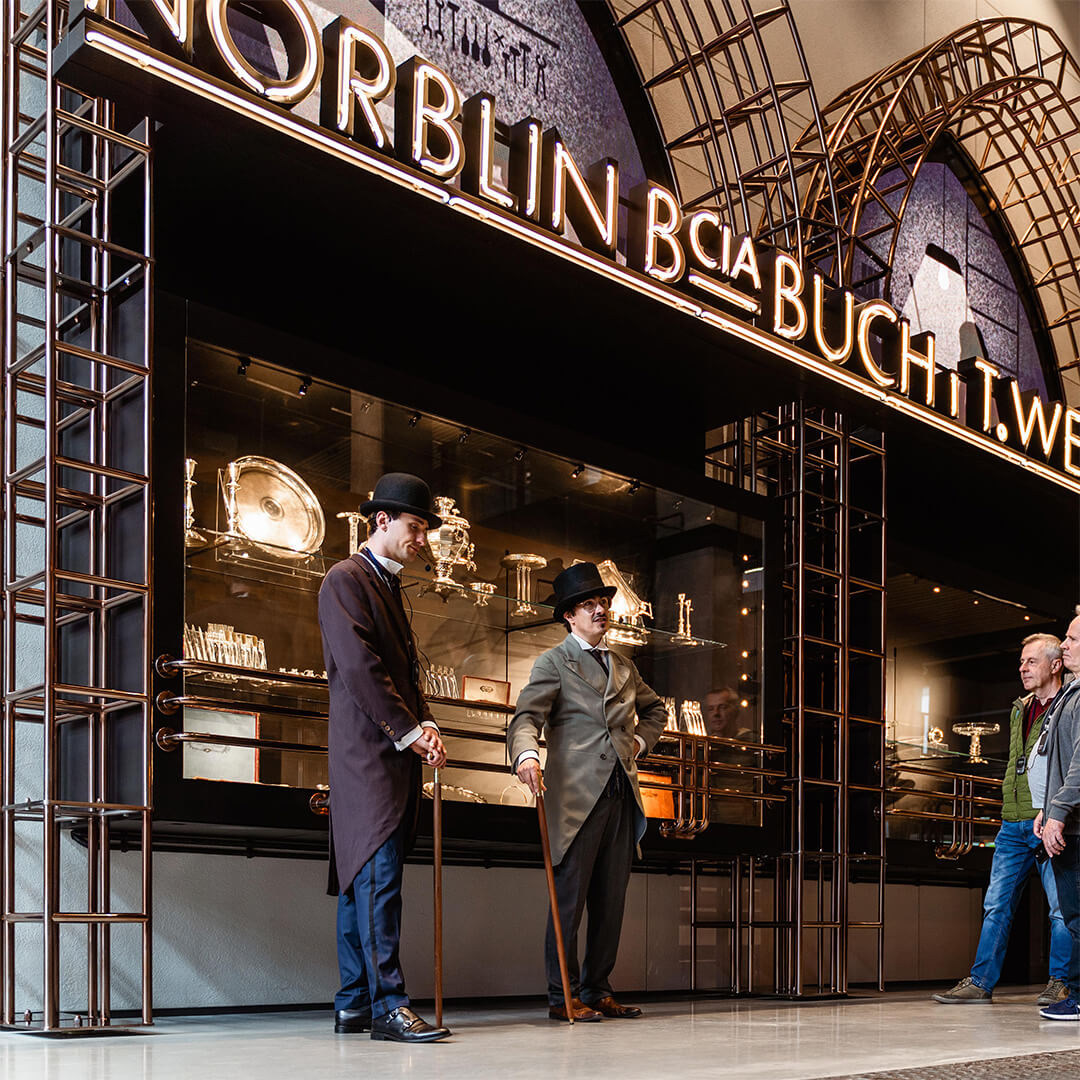 The tour will be led by an actor dressed in period costume playing the role of one of the former owners of the Żelazna Street factory – Ludwik Norblin or Teodor Werner. The guided tour incorporates information from all four museum trails and will introduce viewers to the basics of factory buildings and architecture, the machinery that operated in the plants, the products they made and the people who created this thriving metallurgical empire. 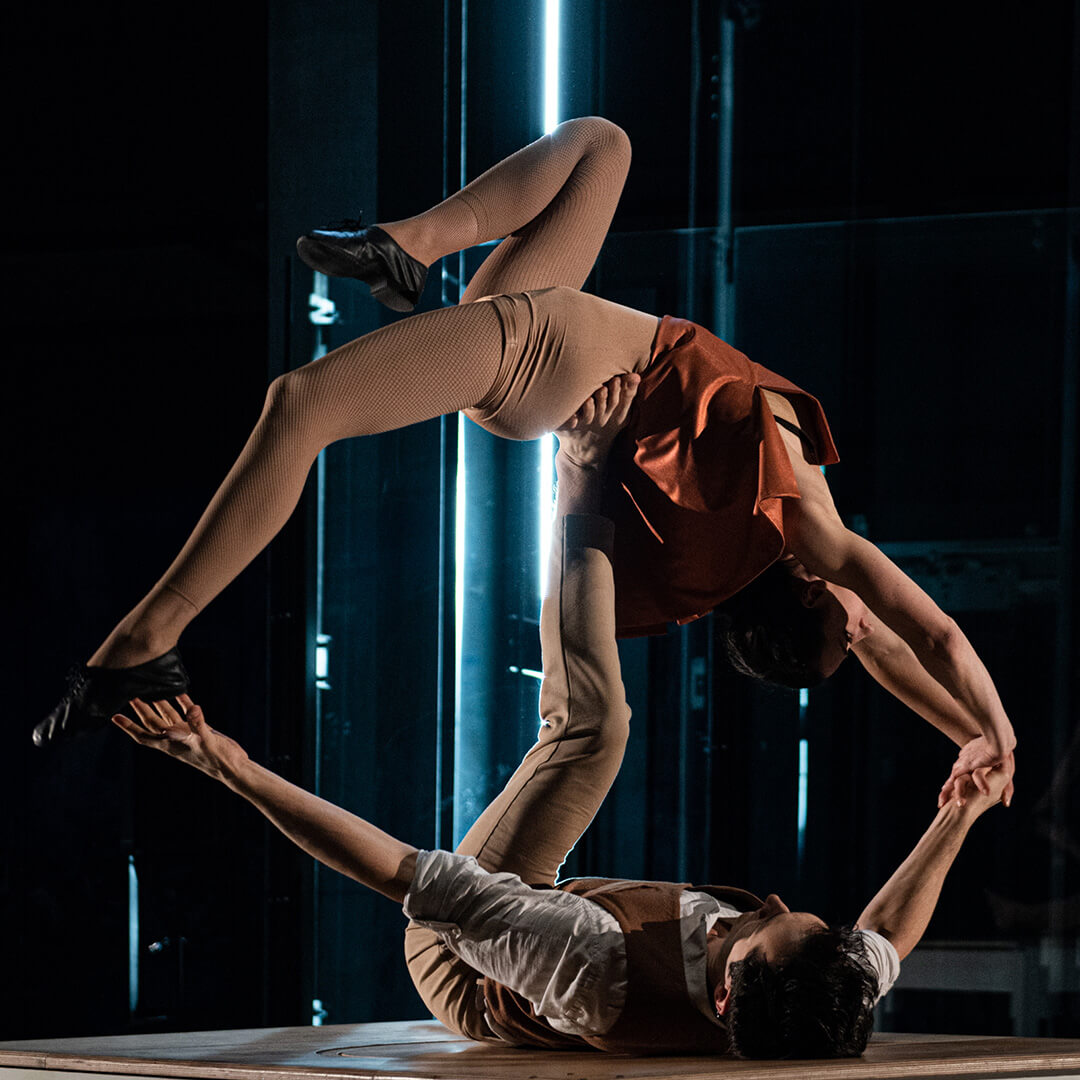 Show of the modern
circus collective

The INC Collective and the Norblin Factory Foundation invite you to a show of modern circus. The performance will take visitors into a trance of factory life, in tact with demonstrations of prop manipulation, juggling and acrobatics, which will tell the story of the Norblin Factory and its founders. Modern circus is characterised by a synthesis of the arts typical of traditional circus with dance, elements of theatre and improvisation theatre, music, visual arts and even new technologies. New circus performances seek to tell emotions and stories using circus disciplines as a narrative language.

… and every birthday Saturday from 8 p.m.

welcome to the Galwan building (Food Town, Gimlet hall) for free birthday concerts for visitors to the Norblin Factory

Arek Kłusowski
He is a charismatic vocalist, composer, lyricist and stage personality from Rzeszów. Some listeners hear a young Artur Rojek in his voice, while others call him the male answer to Daria Zawiałow’s work. Despite these comparisons, Arek is undoubtedly one of the most original young artists on the Polish music market. He won 3rd place in the television programme ‘The Voice of Poland’. Over the years, he has been involved in writing songs for popular Polish performers at the top of the charts: Ewa Farna, Sound ‘n’ Grace, Mateusz Ziółko.

Natalia Zastępa
Polish singer of the young generation, songwriter and composer from Krapkowice.

Natalia is a bomb with a delayed ignition! Or rather, in her retro-soul-blues-pop-rock tempo, a fuse firing away! Single after single, unhurriedly, against the times. Had she launched herself in the 1990s with this first album, entitled ‘No Regrets’, she could easily have fitted in with the best female albums of that decade. Luckily, she was only born when that era was coming to an end. Thanks to this, with her homage to everything vintage, old-school and analogue, making her debut today, she joins the ranks of Polish female artists, modernising and upholding the best musical traditions.

A band under the direction of Tomek Mądzielewski has been formed especially for this occasion, made up of artists who create the music scene at the Norblin Factory every day! It is they who will stand on stage together with the invited stars and play their original compositions. This will be an exceptional and unique event – available only at the Norblin Factory on the occasion of the complex’s first birthday.

For puzzle lovers, we have prepared a special birthday city game to get to know the complex and its history. Those wishing to do so will be able to collect playing cards together with a map of the centre at the Ticket / Info point located in Ludwik Norblin alley and solve 15 prepared puzzles from Tuesday to Saturday. Then, every Saturday, the first ten people who bring the correctly completed cards to the information point will receive prizes – vouchers to be redeemed at the Norblin Factory. 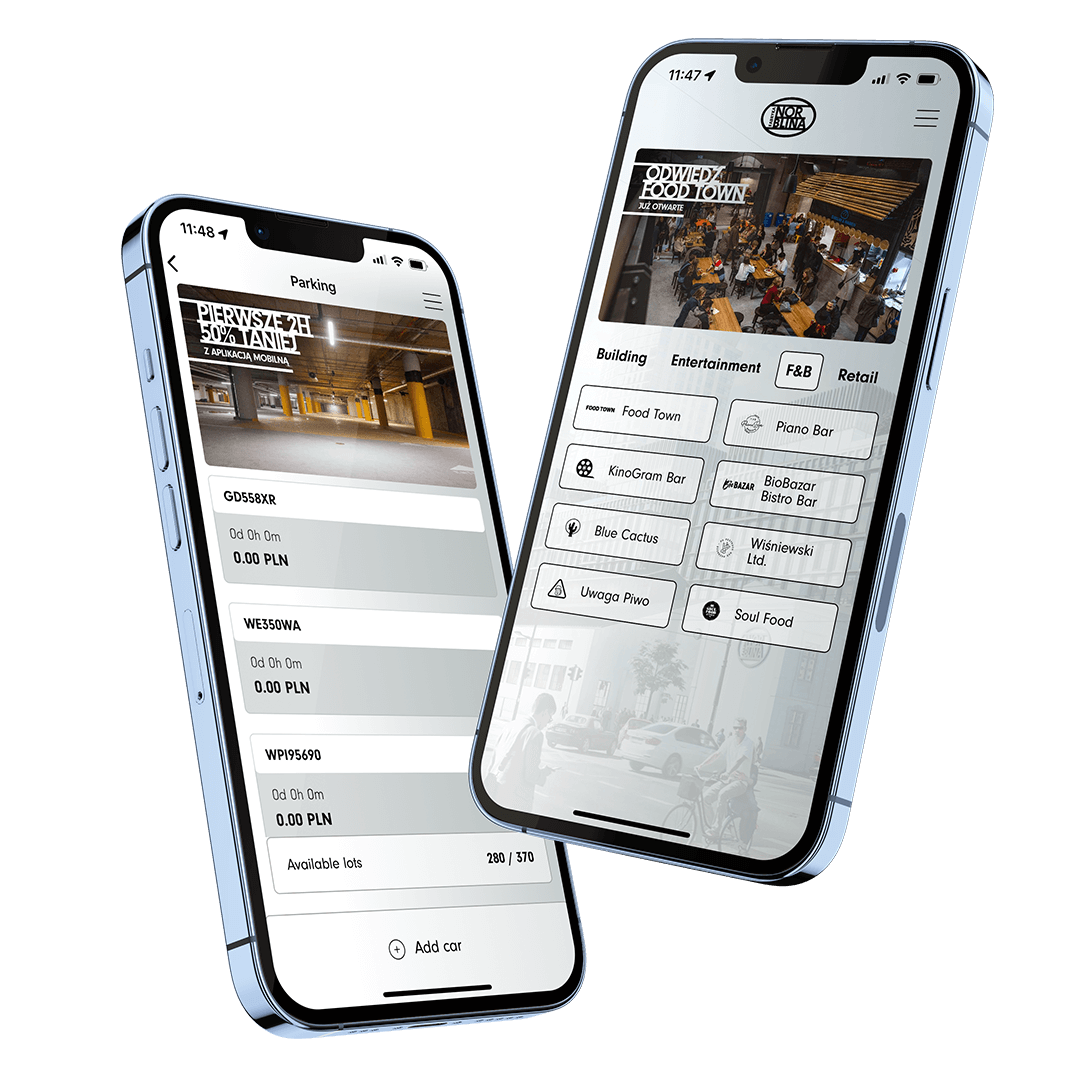