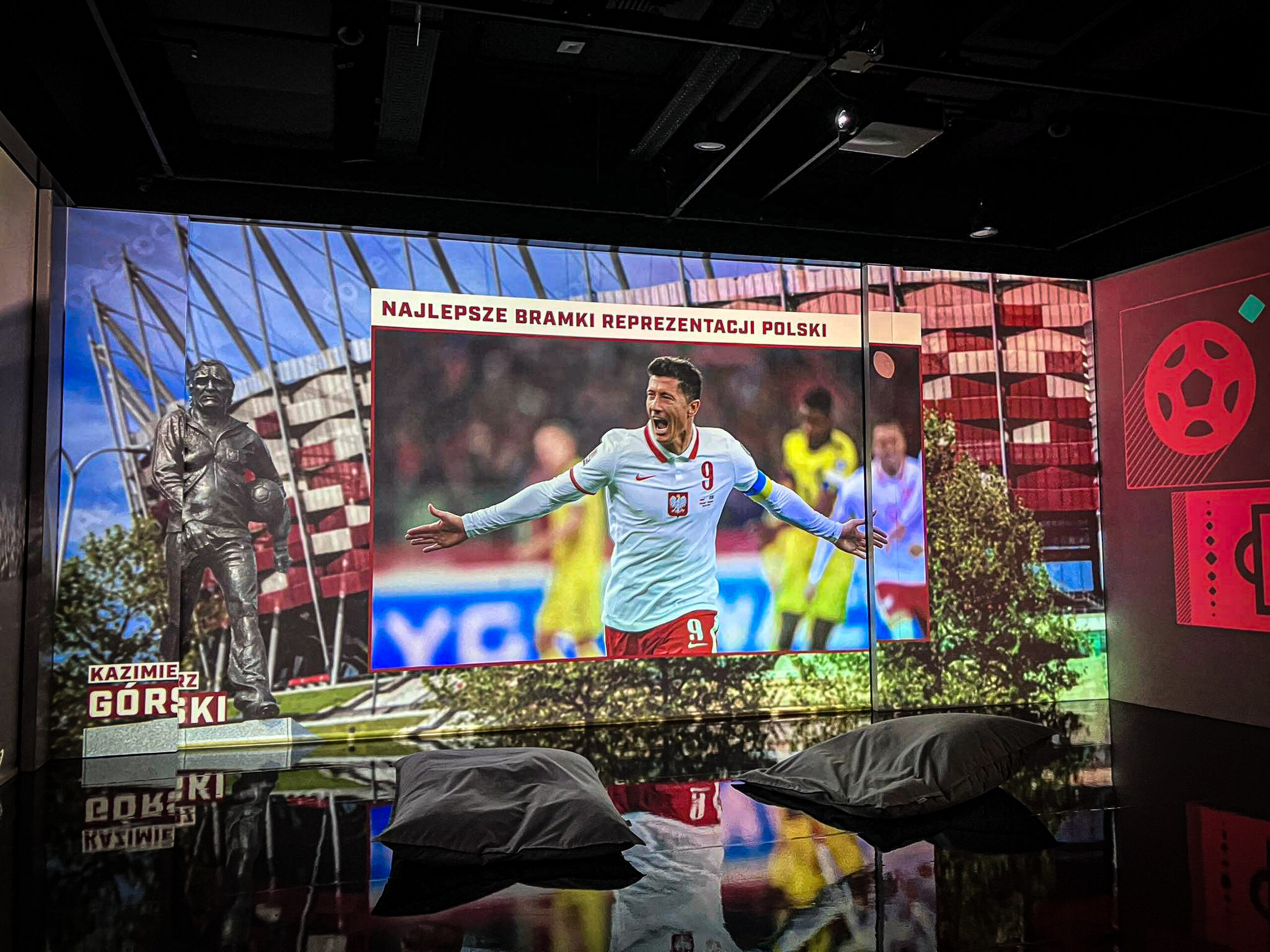 This time, rather than on the pitch, the White-and-Reds will appear at the multisensory exhibition presented at the Art Box Experience at the Norblin Factory. You will have a chance to relive the excitement of their performances at the World Cup from October 29 by visiting “Poland at the World Cup” exhibition. Memories of Poland’s beloved sport will be brought to life thanks to incredible visual effects created using state-of-the-art technology and in collaboration with the Library of Polish Football and the Polish Football Association.

The full of colour and emotion exhibition directed by Magdalena Mikołajczyk is a chance to relive eight football World Cup participations of the Polish team. It is also an opportunity to discover their significance (not just in the area of sport!), as well as to take pride in the players playing with the eagle on their chests. Piotr Sikora and Marcin Śmigielski are responsible for the production.

Playing in the World Cup is every football player’s dream. Returning from it with a trophy is the ticket to everlasting greatness. The White-and-Reds made it to the podium twice: the bronze medals went to Kazimierz Górski’s team of the Eagles in 1974, and to the players led by Antoni Piechniczek in 1982. It is not only players scoring spectacular goals who become legendary, but also entire teams – because only a team effort can bring success. When viewing the exhibition “Poland at the World Cup”, you will be wading in the rain with Ernest Wilimowski in the legendary match against Brazil, defending penalty kicks with Jan Tomaszewski and scoring spectacular goals like Grzegorz Lato at the tournament in Germany. You will find yourself dancing the Argentine tango with Jacek Gmoch’s team or struggling in the Spanish and Mexican heat with Antoni Piechniczek’s squad. But being a football fan is also about being able to accept defeats, which are an inevitable part of any sport. That is why, the exhibition includes a reminder of Poland’s three World Cup appearances in the 21st century. The opening match, the in-or-out match and the match for honour’s sake. However, we believe that things will be different in Qatar. We hope to finally break the unlucky streak as Czesław Michniewicz’s team in the play-off match against Sweden have shown that these hopes are not unfounded. It is these great and less glorious moments of Polish football that this unique exhibition is about.

Football is all about people – not only the players, the coaches and the fans, but also the sports journalists, who often get carried away with their own emotions when covering games. It may therefore come as a surprise to have one of Poland’s best-known commentators on board. Who will it be? See for yourself by visiting the Art Box Experience at the Norblin Factory for the multisensory exhibition “Poland at the World Cup”.