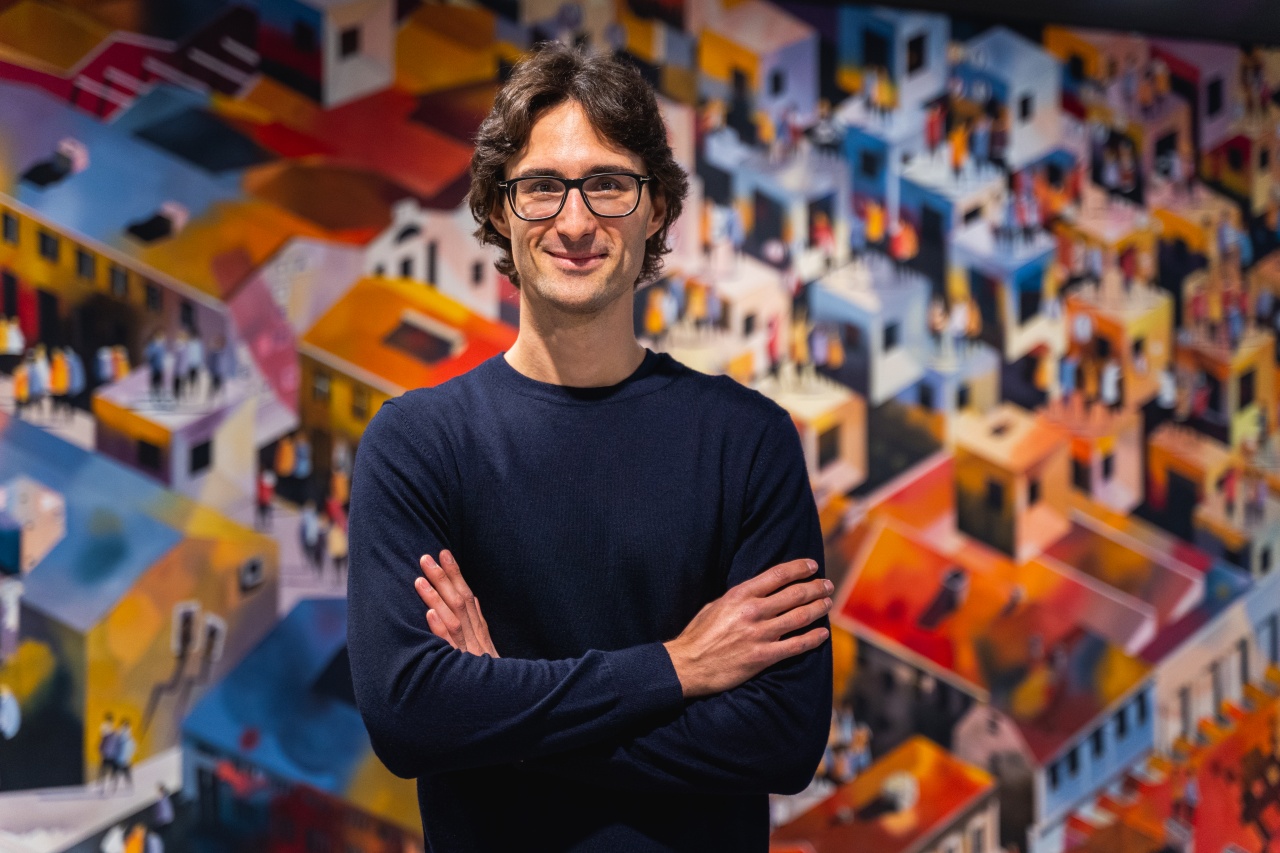 The area of Norblin Factory in Warsaw’s Wola district, whose revitalization has been recently completed, has got a new mural. The author of the work depicted in the mural is Tytus Brzozowski – a well-known painter, architect and lover of Warsaw’s history and architecture. The mural was made by Ideamo studio.

The mural appeared on a 22 sq.m. wall, on one of the underground levels of Norblin Factory (-2), at the main exit from the parking lot. Tytus Brzozowski is a watercolorist and architect who is fascinated by cities – their transformations, history and identity. The artist has a special artistic fondness for the capital.

– I love bustling and lively cities, and this is what Warsaw is like in my painting. The mural’s design was based on the piece I painted in September 2016, inspired by the changes that began to happen at the Norblin Factory. One of the reasons why I am so fascinated by the capital of Poland is the pace at which our city is transforming. Post-industrial Wola district is becoming the center of changes going at an unprecedented pace. I was particularly interested in Norblin because of the emphasis placed here on a public space and incorporating old industrial architecture into the urban tissue. It is supposed to be a vibrant place, full of services and attractions for everyone and at any time – says Tytus Brzozowski – a painter, architect and author of the painting being the basis of the new mural at Norblin Factory.

Tytus Brzozowski is famous for his numerous artistic projects made in urban space. His large-format works can be found on the walls of Warsaw buildings, in such areas as Wola (the seat of ZDM – the Public Roads Authority of Wola), Praga Północ or at Rondo Wiatraczna. The artist’s works also decorate the interiors of many companies and institutions, including hotel Novotel in Poznań or Polish Development Fund (PFR) in Warsaw’s “Cedet” building. Brzozowski is an awarded artist – his paintings have been exhibited worldwide, for example during the Polish Culture Season in Ningbo, China, as well as at the prestigious ARTLIFE festival in Moscow, Russia. The Polish Tourist Organization also promotes our country at international fairs with the artist’s works. Additionally, Tytus Brzozowski, as part of his exhibitions, conducts interesting and inspiring lectures on the architecture and history of Warsaw.

The main theme of the latest mural at the Norblin Factory is Warsaw itself, but shown in an original Brzozowski’s manner. In his works, he often juxtaposes figures of buildings and people, creating colorful, cheerful scenes on the border of reality and fantasy. In his paintings, the city is always bustling, full of movement and interaction, and colorful passers-by appear in the most uncommon places – e.g. on the roofs of buildings and chimneys. His artistic style is inspired mostly by surrealism and the paintings by Pieter Bruegel.

– I decided to paint the old factory buildings, supplementing the surroundings with the roofs of the tenement houses that were once neighboring with Norblin. Then, I wanted to integrate the outbreak of urban modernity into this scene and present a place full of people and activities. After a long search, I drew piling cubicles, on which we will find countless, amused people – adds Brzozowski.

The IDEAMO studio, which has many years of experience in creating large-format wall paintings, is responsible for the implementation of the mural. One of their most characteristic works are for example the mural designed by Tytus Brzozowski, dedicated to Totalizator Sportowy at ul. Targowa 26/30, or a series of murals on the wall of the tenement house at ul. Waryńskiego, presenting Polish artists of the young generation, made in cooperation with Spotify music company. The wall painting in Norblin Factory is created using Winsor & Newton paints and will be protected against moisture, dirt and minor abrasions with a special varnish.

This is another work of this type at Norblin Factory, as it is the destination that embedded art in its DNA. The first mural painted there is located on the wall of the building of the former chemical laboratory at the intersection of Prosta and Żelazna Streets. It is based on the painting “Norblin Factory” by Edward Dwurnik – an outstanding painter and graphic artist, associated with Warsaw throughout his career. His daughter, Pola Dwurnik, has also created her new, largest work of art on the 8-meter wall of one of the underground levels. This work is dedicated especially to the Norblin Factory, and it will have its premiere there.

– It is an extremely emotional moment for us when our activities in the Norblin Factory become a real inspiration for artists and result in the creation of new works. We are glad that the works of such a renowned artist as Tytus Brzozowski will decorate the interior of the Factory and will make the interaction with culture start as soon as you arrive on its premises. Our mission is to create a lively destination for meetings and entertainment here, whose main distinguishing feature will be the culture. This is why we decided to offer not only a broad selection of unique places – galleries, boutique cinemas or museums – but also to include art in less obvious spaces. Thanks to this, anyone who wanders the streets and interiors of the factory will be able to experience art directly, encountering artistic projects at every turn – sums up Kinga Nowakowska, operational director and member of the management board of the Capital Park Group.

Norblin Factory is getting greener