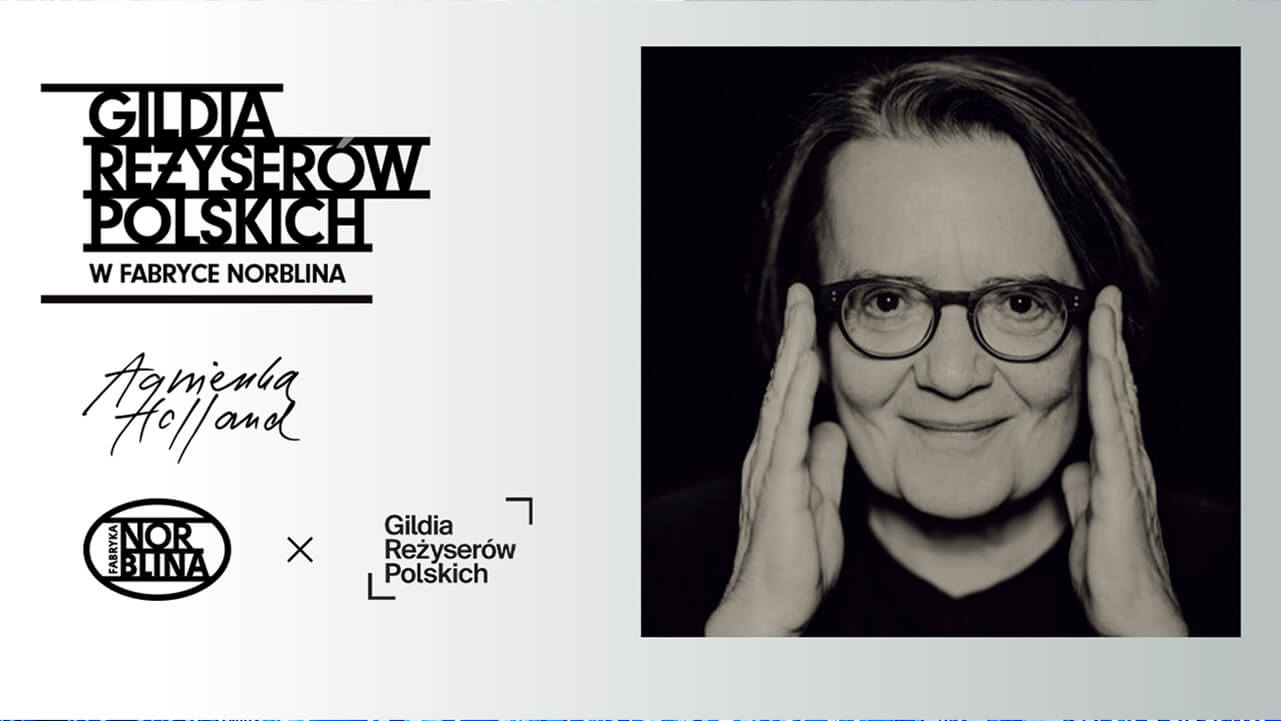 The Directors Guild of Poland with the seat in Norblin Factory

The Directors Guild of Poland (in Polish: Gildia Reżyserów Polskich) joins the group of tenants of Norblin Factory revitalized by the Capital Park Group. The organization associating the greatest and most awarded personalities of Polish film industry, such as Agnieszka Holland, Paweł Pawlikowski, Krzysztof Zanussi, Wojciech Smarzowski, Małgorzata Szumowska and Andrzej Saramonowicz, will move its registered seat here, and will also become one of the most important animators and organizers of cultural life in the former factory.

The Guild will move its headquarters from ul. Chełmska 21 in Warsaw – a location known as a seat of film studios and the Documentary and Feature Film Studios (WFDiF), with over 70 years of tradition. The most important Polish association of film directors decided to continue its mission in the space of the revitalized Factory, and most importantly – its members will co-create the cultural offer of the newly created cinema there.

– This is an important moment for us – in the new place we will create cinematic art not only in the way we have done so far. We want to create space for creative discussion about film and broadly understood art with various social groups. We hope that, as the largest organization of film directors in Poland, we will draw a lot of creative energy from everyday meetings with other artists present in the space of the Factory, and that we will create a place whose activities will have a significant impact on the image of the film community in Poland – says Agnieszka Holland, a film director and the honorary president of the Polish Directors’ Guild.

The author of the idea of moving the seat of the Directors Guild of Poland to the Norblin Factory is its secretary – Andrzej Saramonowicz.

– This idea was born during my cooperation with the Norblin Factory Foundation on the scholarship program for young musicians, Music Masterclass. I am sure that the Norblin Factory will be a destination where modern, artistic bohemia will begin to form. As the Guild, we want to be present here. We want to provoke discussions about the film, show people the backstage of our work, create important artistic events, meet other creators, but most of all, we want to be able to re-contact with the viewers directly, whenever possible. The creators and the audience are one whole – says Andrzej Saramonowicz, director and screenwriter.

The director’s association will provide their mentoring support to an boutique cinema, which will be located in the revitalized complex. Thanks to the cooperation that has just begun, it will become a thriving cultural center, full of various film and artistic events, and for the film directors – a new place for everyday work and meetings with viewers. Among planned activities are, for example, master lectures with directors and outstanding Cinema figures, movie premieres with discussion panels, retransmissions of important events and festive industry galas.

– There are many examples all over the world where cinemas co-created by director’s guilds became vibrant event and film centers of cities. We believe that the same will happen in our case. Our ambition is to be a patron of the arts and, together with the Foundation we established, to animate the space of the Norblin Factory, inviting various artists to co-create it. We want Polish directors and filmmakers to feel at home in our cinema, spending here as much time as they want at meetings and creative work. We are honored that we will be able to build a strong position of the Norblin Factory on the cultural map of Warsaw together with such renowned personalities of Polish cinema. I would like to thank Mr. Andrzej Saramonowicz for the idea of our cooperation – says Kinga Nowakowska, member of the management board and operational director of Capital Park, responsible for the revitalization project of Norblin Factory.

The Directors Guild of Poland is a trade union that associates over 200 award-winning filmmakers. It has been operating since 2013. It was founded on the initiative of the most famous and respected Polish directors of feature films, including Wojciech Smarzowski, Krzysztof Krauze and Agnieszka Holland. Cooperation with this organization is the next stage in building the strategy of the revitalized Norblin Factory, where culture and art will play one of the key roles.

The Norblin Factory will comprise 65 thousand sq.m. of usable area, 41,000 sq.m. of which are offices, and the remaining 24,000 sq.m. will be filled with entertainment, food, service, retail, culture and wellness concepts. Among the tenants of the revitalized Norblin Factory, there will be Biobazar – the first marketplace in Poland selling only eco products, a foodhall with 26 restaurant concepts (3,200 sq.m.), as well as numerous restaurants. The office part of the complex will be a seat of such tenants as Allegro.pl (16,200 sq.m.) and the Global Business Services Center Japan Tobacco International (8,500 sq.m.). The revitalized factory will also become a destination for cultural experiences. Apart from the abovementioned boutique cinema with seven screens (3,300 sq.m.), there will be Piano Bar with live music (408 sq.m.) and a music and concert venue in one of the historical buildings. The first fully interactive and digital art gallery in Poland, ART BOX Experience, will occupy the space of nearly 800 sq.m. The planned completion date of the investment is the second half of 2021.

Capital Park Group is the investor and originator of the revitalization of the Norblin Factory. PRC Architekci studio is responsible for the architectural design. The main contractor is Warbud SA, in cooperation with Soletanche Polska, Maat4 and TKT Engineering. Monument Service is responsible for activities related to the conservation of monuments.